Catching up. Which is what I do all semester long.

Two things have happened to me recently to make me wonder if I really know who I am anymore. First, this morning I woke up and thought "I haven't worked out since Friday and I NEEEEED to" and if that weren't weird enough, after slogging thirty minutes on the elliptical a really good song came on my Pandora (90s pop hits makes me so happy) and I did another five minutes, even harder than before *because it felt good*. I KNOW.

The other weird thing that happened is that I stopped at the store on the way home to buy a California roll for lunch (OK maybe there are three things that are weird with me right now) and there were two ladies with these teeny little babies in carriers and I had to FORCE MYSELF not to go over and TOUCH THE BABY. I did allow myself a semi-awkwardly long wistful stare at this one little teeny thing with a full head of fuzzy black hair like Wes had and if you were with me during Wes's infancy you will remember that THAT WAS NOT A WISTFUL TIME.

Also, do NOT GET EXCITED, INTERNET. Casa Edwards is at CAPACITY.

This week was low key and restful, in contrast to the last two weekends which were lots of fun but not very restful. Friday afternoon we had dinner at my school's beginning of the year celebration. Taking all the kids to play among my coworkers and administrators right at the dinner hour seemed risky but fortunately they rose to the occasion and were happy and cute and largely appropriate, except for the time James clamored between a fifteen-foot tall Tarzan's legs into the inflatable obstacle course then climbed up the side and gleefully yelled to me "MOM, I HIT HIM ON THE PEEEEENIS!!!!"

There was also face painting. Charley asked for "a bass." 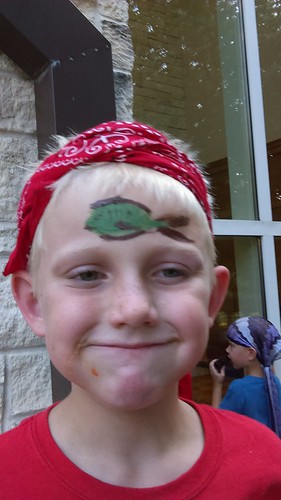 Wes went for more of a Gene Simmons look. 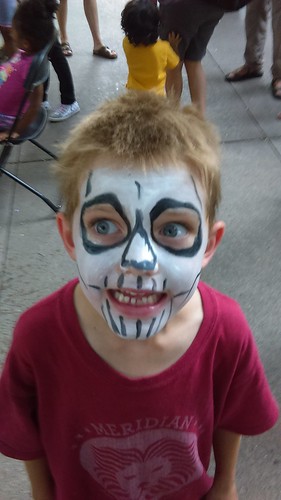 They did a little rock climbing. 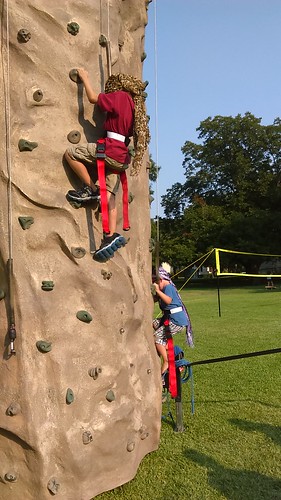 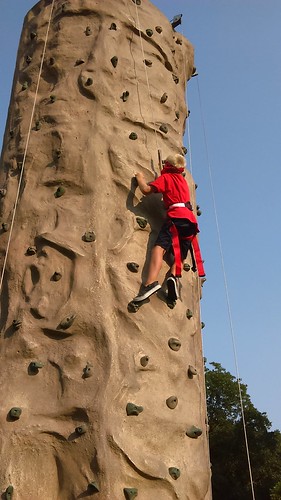 Dunked several members of the faculty in the dunking booth. And stayed full on grape snowcones until Ryan got there and we had dinner. Or the rest of us had dinner and Wes ate cookies and brownies and rice crispie treats.

It took us forty minutes to get from the party to my car (which was parked a hundred yards away) when it was time to leave because two kids needed to go to two different bathrooms in two different academic buildings, I ran into a friend who wanted to meet the kids and chat for a minute, and while that was happening James managed to lose one of his shoes. We spent an extra ten minutes looking for the shoe but it was nowhere to be found. Thankfully he's taken to a pair of silver and purple Princess Sofia shoes that our friend gave us for Mary.

The next morning Ryan and Charley went fishing and the rest of us went to after-hours for a rash on James's face and then out for doughnuts. They talked me into getting something called "The Bullseye" which has a ball of frosting where the hole should be. 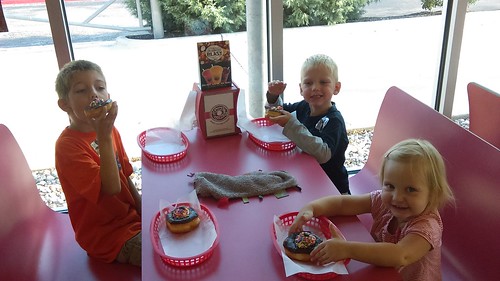 And then I had brunch for a friend's birthday and while I was sitting in the air conditioning drinking bottomless Bellinis and oversharing Ryan kept texting me. "We are at the library" then "Candy store" then "Splash pad". SOMEONE WAS FEELING AMBITIOUS. Also, super fun. Was kind of jealous, but then I just had another Bellini.

Saturday night we had parents night out at church so we dropped the kids off and had dinner by the lake, which was really nice. After dinner we still had like three hours to kill so we tried to find this cupcake place nearby and ended up getting stuck at this dead end. 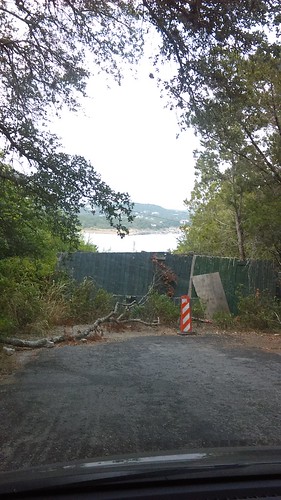 We finally figured it out, found the cupcake place, then STILL had more than two hours of childcare, so we found some sneakers in the car for me and I changed into workout clothes so we could go hiking on this trail we always want to try but never get to because there is a swimming hole right at the entrance that the kids CANNOT RESIST NO MATTER WHAT.

ALSO, since potty training seems to be going so well we decided to really up the challenge for Mary and take her crib down to the garage. The first night we forgot about putting the gate across her door and it was an all night par-tay up there. The pitter patter of four sets of feet is MUCH louder than three sets of feet, let me tell you. It was not the relaxing evening of wine and Breaking Bad that I had hoped for. The next night we put up the gate and it was much calmer. Maybe the sight of her room with no crib is what is fueling my grocery store baby angst? 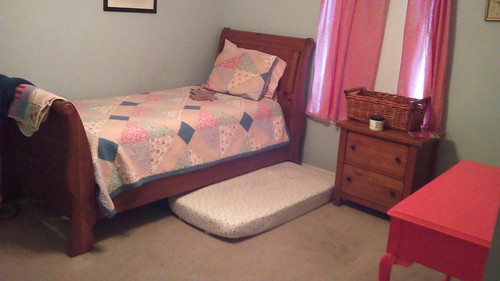 Saturday night Ryan tried to lie down with her to help her fall asleep and she started yelling "NO PAPA! NO PAPA! NO PAPA!" and pointing at the door. OK THEN. I don't think she is sleeping as well as she did in her crib though because she acts like a hung-over socialite at breakfast every morning. I SAID TOAST AND MILK YOU FREAKING MORON. Hopefully that will settle down soon?

Finally, this is the classroom I am teaching in this semester. It is HUGE (for my school, which is tiny, this is like half the size of the room I took Chemistry in at my huge public university). We have lots of in-class work and I am getting quite the workout running up and down the stairs to talk to the students. But I really like it and the students seem into it. We'll see if we can all stay this happy and enthusiastic through Thanksgiving break. 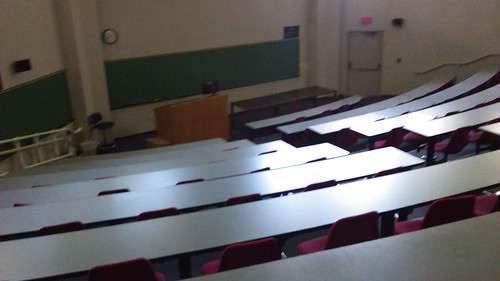 And on that note, I have to go learn several dozen million years of geologic history for Central Texas for our lab tomorrow (now that I've worked out, bought lunch, and put chicken soup in the crockpot, #priorities).
Posted by Becca at 8:05 AM

You put Mary down on the mattress and leave the room and she just stays there (with the baby gate up) until she falls asleep? All by herself?

I am in awe of this.

Holy cow. You're like a movie professor!
Maybe school triggers the baby lust? I spent 20 minutes today looking at old "see? Everyone's alive!" emails from after I went back to work.