The summer we leave NOTHING on the table

You guys. I hardly remember my last trip to the store that wasn't for ice cream novelties or beer. Tonight I crafted an (actually quite tasty and balanced) magic dinner out of Things from the Freezer (frozen fish fillets and a bag of veggies, NINETEEN EIGHTY SEVEN FTW!) and Ryan just got back from an emergency run because Mary is literally sleeping in the LAST DIAPER IN THE HOUSE. I was supposed to go to the store today with the kids, since I am a stay at home mom this summer and all, but after the scene that played out in the family locker room at the Y this morning I thought it would be in all of our best interests to not be out in public anymore. *shudder*

After dinner we were just about to start dishing out the ice cream when our friends from across the street knocked on the door. They came in for an impromptu ice cream party followed by nearly two post-bedtime hours of playing outside in the front yard. This was after our already delayed dinner because we were all playing with another neighborhood friend family until an hour after normal dinner time. It was a late night. Which is OK because somehow the kids have learned the art of NOT WAKING UP AT SIX O'CLOCK IN THE MORNING. That's right, folks, it only took us TWO MONTHS to ditch the school schedule and now we only have another month before we have to go back again.

Fourth of July was insane, in the best way. It started with the annual shortest-longest parade. We were joined by my friend Helen who was in town from Houston that day, which made it even more fun. The kids were so excited they decorated their bikes the night before, then rode them for a couple of hours, then re-decorated them. Mary looked this adorable for about fifteen minutes before ripping out both bows and pigtails and chucking her shoes as far as she could throw them. 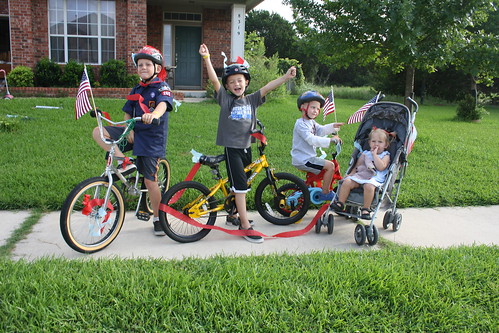 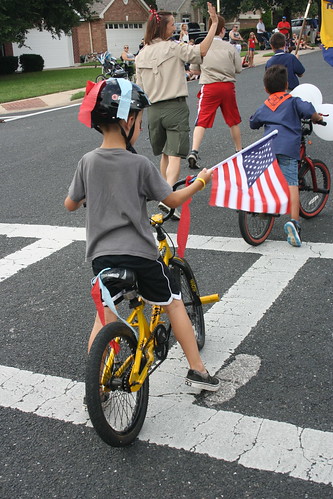 We only had one meltdown toward the end when Wes realized we weren't getting snowcones because the Day of Red Dye No. 40 had only begun and we needed to pace ourselves. 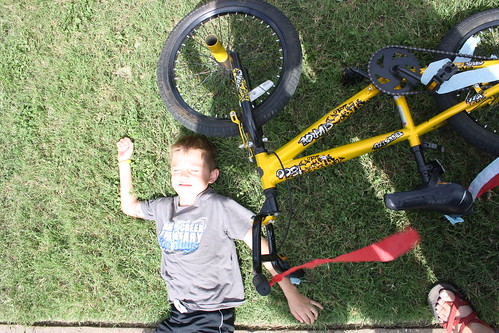 Wait, no, make that TWO MELTDOWNS. 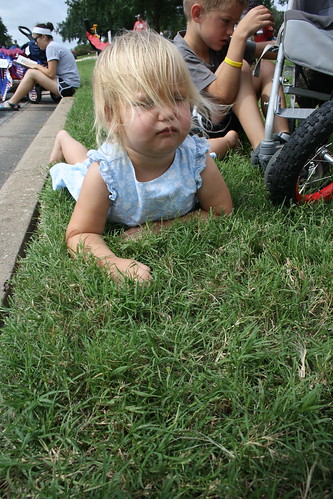 The firemen sprayed the kids from the hook and ladder like they do every year. If you look closely you can see James in the background. He is wearing a gray tshirt and a bike helmet. He stayed down there with his friend for a long time. 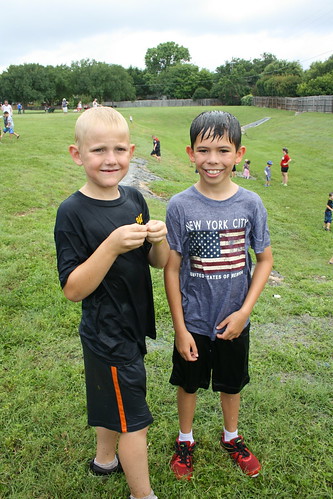 Then Charley and his buddy ran through a pit of foam and went on a waterslide fully clothed before coming back so we could go to the pancake breakfast and take our annual FIRETRUCK PICTURE. But FIRST, let's go all the way back to Fourth of July 2008! And in 2013 we were all mad at each other due to low blood sugar, so there was no chummy arms around shoulders nonsense. Special memories! In 2014, BOOM another baby! And a sullen teenager type!

This year, FOUR HAPPY KIDS. I KNOW. IT WAS DELIGHTFUL. 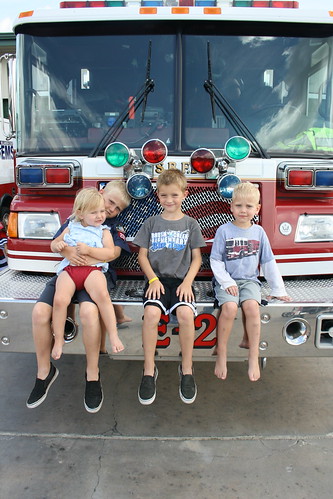 After the pancake breakfast we returned home for little kid naptime/big kid and Ryan pool time. I puttered around the house and made a lemon berry trifle for the potluck culdesac party we were going to that night. Ryan and the kids came home with a huge bag of fireworks and then it was time for the culdesac party. Charley's friend's family was at a different party around the corner and the two boys spent the whole time riding back and forth between parties on their bikes. I don't know how they did things but I am guessing they both had a LOT of desserts. James and Mary played cornhole for a couple of hours and watched the teenagers play Jenga, rode bikes and played with their friends. Wes rode his bike in tight circles on the street and ate cookies by the handful. Ryan and I hung out in lawn chairs with our neighbor friends. Perfection.

That party wound down so we headed back to our house for fireworks where we were joined by our other neighbors and also the entire party that Charley had been visiting all evening. The dads and older boys set out to re-enact the entire American Revolution on our street in pyrotechnic form. It was... loud. Especially when our neighbor threw mortar shells in the sewer. James fell out of a lawnchair and bonked his head (he had a tiny scratch that put out a LOT of blood, which made me scream "HE'S BLEEDING!" and run inside very dramatically then call my friend across the street, who is a nurse, to come check him out, he was fine) and needed to go inside for ice and a popsicle and when I came out Charley was running around lighting fireworks with Ryan.

We finally wrapped it up around eleven o'clock. It was the kind of party where you wake up still smiling the next morning. I love our neighborhood.

Monday Ryan had the day off. I suggested we go to the Y for a workout and a swim, but Ryan had BIG plans. We went to a state park about an hour away for a day of outdoor fun. This July outside time brought to you by El Nino. El Nino: making Texas habitable in July for several millenia.

Siri took us down these crazy backroads to get there. This was an exciting moment. 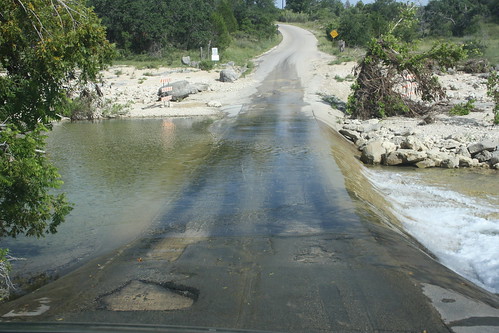 First thing we did was go on a big hike down a hill to see the waterfalls. Here is the before picture (there is no after picture). 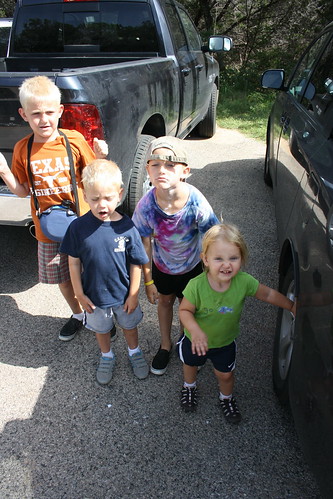 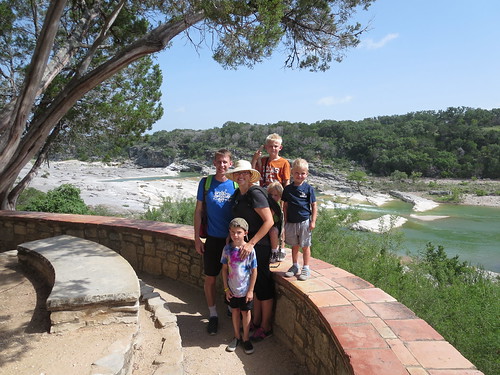 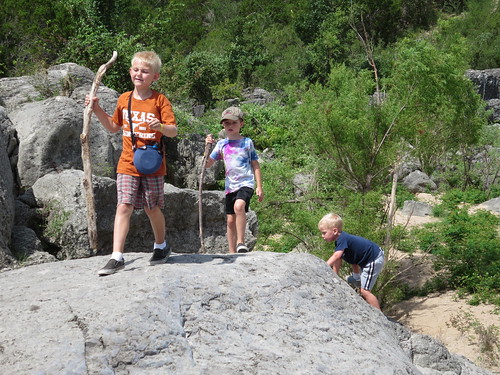 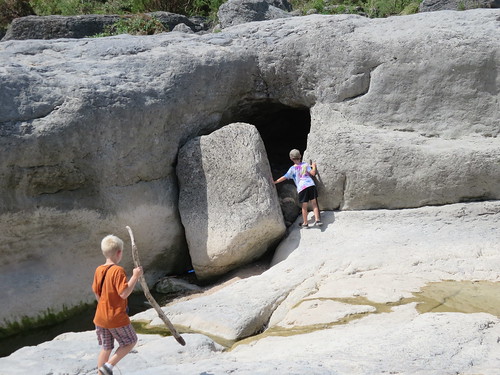 James announced loudly "I thought JESUS MIGHT BE IN THERE." YAY SUNDAY SCHOOL. 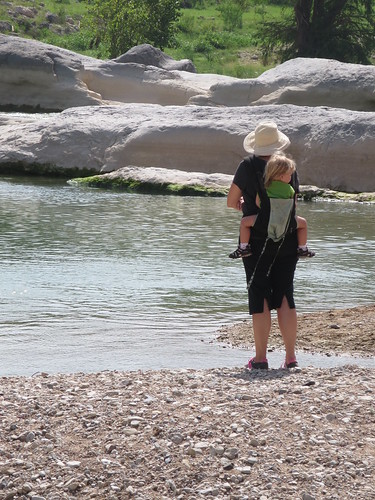 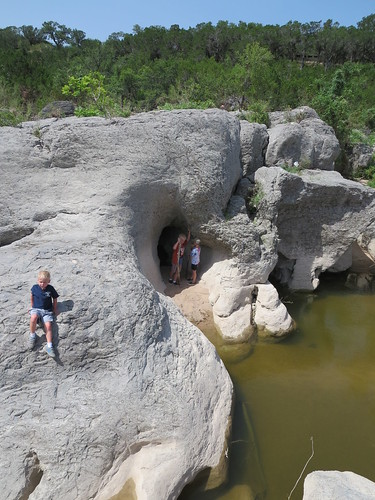 Superdad climbed up this rock wall with Mary on his back. < 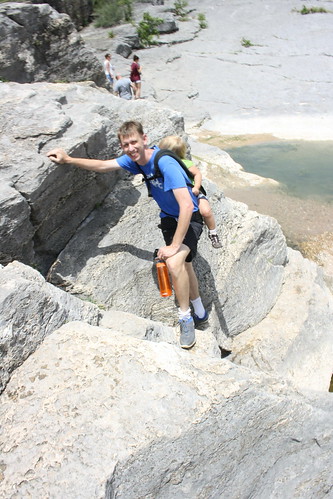 The kids had to find the hardest possible path across the rocks. Unsurprisingly, James was wet from the waist down after this one. 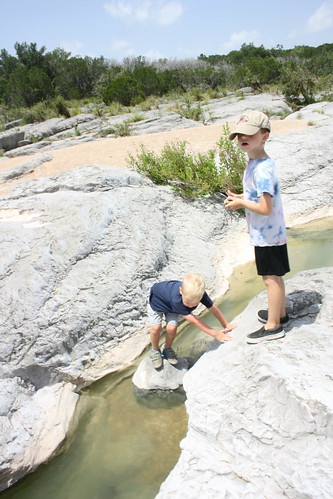 Next it was time to go to the swimming area for a picnic and water fun. We didn't realize this, but to get there you had to walk down NINETY NINE STEPS. I made the kids swear to me that they would walk back up the stairs at the end so that we didn't have to carry them all back up and then promised ice cream for good measure.

Picnic under a cypress tree. 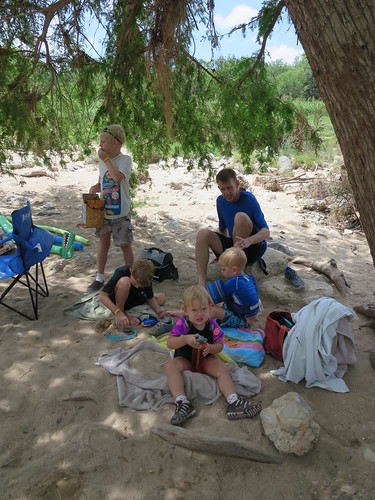 This was the crazy swimming spot. James and Mary and I stuck to the sides where there was no current while Ryan and the crazy big boys floated around in the (STRONG!) river current (James called it "push water") and climbed on the rocks. 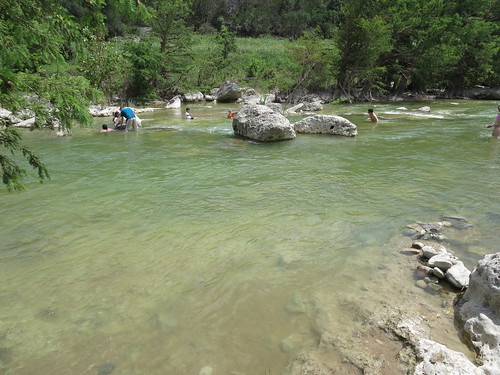 After a while we decided to quit while everyone was still happy and we headed back up the big stairs. 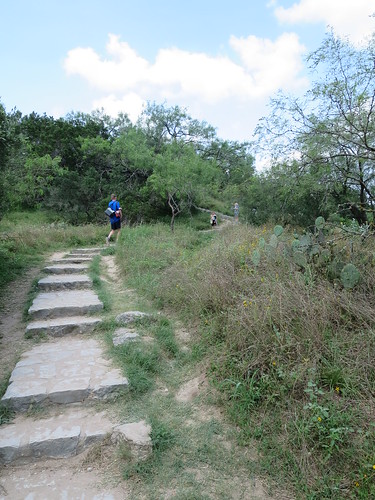 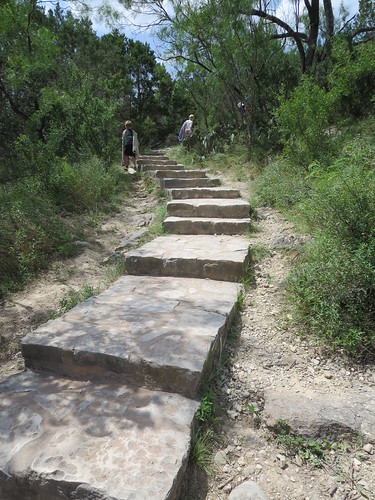 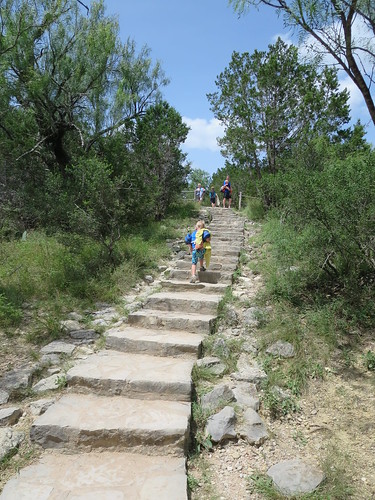 I was not expecting to make it up those stairs without a fight, but they did it! Everyone was so happy and pleasant (even sans naps for J and M) that I assumed it was about two o'clock when we finally made it back to the car and was very surprised to learn that it was nearly FOUR. WOAH. We do not usually lose track of time like that. Things were going so well we stopped for dinner at a fun outdoor restaurant on the way home and then bought the promised ice cream at the store and went home to have some before sticking everyone in bed an hour early, locking the door, and binge watching Breaking Bad. It was a really perfect day after a perfect weekend. Everything was perfect perfect perfect until yesterday morning when we attempted the Y pool and we all lost it in the family locker room. After only about thirty minutes of pool fun the kids all wanted to leave so we headed home where the little kids took a three hour nap and the big kids watched Ghostbusters.

And now it is Wednesday already (the kids slept until EIGHT today after our evening of fun last night) and we only have like ten days until our vacation. So THIS IS WHAT IT'S LIKE TO LOVE SUMMER I WISH IT WOULD NEVER END (the email about the kids' meet the teacher night that is happening LESS THAN A MONTH FROM NOW was a real buzzkill, honestly). My goal is to drop them off at their first day of school still sunkissed and smelling lightly of bugspray with a faint trace of popsicle-tongue. We are WELL ON OUR WAY.
Posted by Becca at 6:24 AM

I think that's an awesome goal! You guys are doing family summer like pros.

Sounds like the perfect summer to me! Can't wait for my boys to grow a little so we can enjoy summer just like that.

Summer is THE BEST! Even with (maybe because of) all the kids home all day :)