Recipes: When you are completely out of blog ideas but it's November 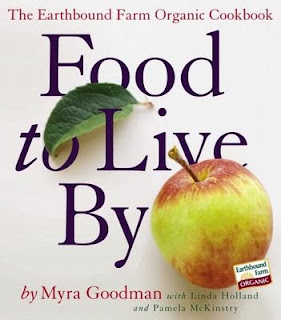 I bought this cookbook the other day thinking it would have some good vegetarian recipes, judging only by the title and the apple on the cover. It does have a vegetarian chapter and a nice soup chapter, but is not strictly vegetarian. Wesley's not one for companionable silence while book shopping so sometimes I have to make quick decisions.

Today I took it with us on a trip to our new special hippy grocery store and chose two recipes to make. The first was corn chowder, which I was going to make tonight because it's cold outside, but ironically I forgot to buy corn, so it's going to have to wait. Instead tonight I made the "Tricolor Spaghetti Squash" found on page 206. As usual I modified the recipe beyond recognition to suit my whims and budget.

Here are the ingredients:

So, first thing... Pesto is freaking expensive at the store. SEVEN DOLLARS for a jar with probably exactly a half a cup. So? I made bicolor spaghetti squash because the green? Was too much green.

Second thing, since we were at the hippy grocery store I didn't have access to my usual super cheap bag-o-cheese and instead had to buy their freshly shredded cheese in the deli. I AM NEVER GOING TO BUY CHEAP CHEESE AGAIN. It was unbelievably good.

2. Stab the squash a bunch of times with a fork or a sharp knife, put the squash on a cookie sheet and add water to a depth of 1/8 inch. Bake the squash for 90 mins then let cool.

There is not a lot of hands on time with this recipe, but it took for-ev-er. I started at 3:30 and it was ready to eat when Ryan walked in the door at 6:00.

4. When the squash is cool enough to handle (or when you start to panic a little about not eating dinner until tomorrow because the squash had to cook for so long), cut it in half lengthwise. Scrape all the seeds and stringy stuff out and throw it away. Now the COOL part! Scrape the squash flesh with a fork to get the spaghetti stuff out. Put the spaghetti stuff in a bowl, toss it with some olive oil, salt, and pepper, put it in the casserole dish.

Allow about seven hours for this step because those seeds are SLIPPERY and there are MANY of them.

5. The recipe says to make an Italian flag with the marinara, cheese mixture, and pesto on top of the squash, but I say FIE on multiple steps. I poured marinara over the top to cover then topped with the two kinds of cheese.

6. Cook for 15 mins covered with foil and then 15 mins uncovered.

7. Trick your children into eating lots and lots of delicious, good for you squash

This was a huge success. Wesley had finished his first portion before I even made it to the table, licking his plate before shoving it at Ryan asking for more. He had three servings. Charlie had two servings. Ryan and I both had seconds.

You can also cook the spaghetti squash in the microwave to cut way down on the cooking time. The only thing is to make absolutely sure that you stab the squash enough...otherwise it'll explode in a most spectacular fashion.

Scape the seeds out first and it should cook faster. I usually only have to bake it for about 45 minutes.

Spaghetti squash rocks. It is also great the next day in quesidillas!

I LOVE spaghetti squash, so thanks for this recipe!

We are getting another hippie grocery store right next to my office, so I will be sure to shop there for all the ingredients-- can't wait to try it :)

I've given up on bagged grated cheese entirely. (Have you looked at the ingredients - it contains cellulose to prevent caking!) So we're eating ground paper.
It really isn't that hard to grate cheese. I even got a hard-cheese grater like they use at restaurants. It's really cool.

This sounds delicious! I'm putting it on the menu for next week. Thanks!

So glad to see that I am not alone in forgetting key ingredients when grocery shopping. I have been known to forget, for example, the lasagna noodles when making a lasagna. My husband just rolls his eyes now, he is so used to it.

I agree about the cheese. I worked for a few months behind the cheese counter at a fancy grocery store and I felt bad for the folks coming in asking for the Velveeta that was nowhere to be found. Then after a while (and after I had become totally snobby about cheese) I just told them, "listen, you want real cheese, not velveeta, which isn't actually cheese anyhow."

Sounds delish! I LOVE spaghetti squash, it's fun isn't it? Also great with salt, pepper, and some goat cheese!

As mentioned above, you can do the squash in the microwave--slice it in half and put the cut sides down in a dish with about 1/2 inch water. Cook on high 10-12 minutes, until it's soft inside.

I hadn't thought of mixing it with marinara, that sounds delish!